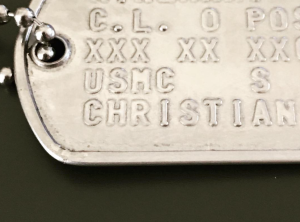 My little one is spending her evening with my in-laws so I’m free to write earlier than expected this week. More than normal, I am ready for the weekend. I finished my third course for my Master’s in Public Administration. I enjoy the privilege of higher education, but I miss my free time for personal writing and I’m need more physical fitness preparation for my upcoming Huts for Vets trip.

In my boot camp scrapbook I found a few letters from my recruiter. I think these are worth sharing as well, with some censorship. 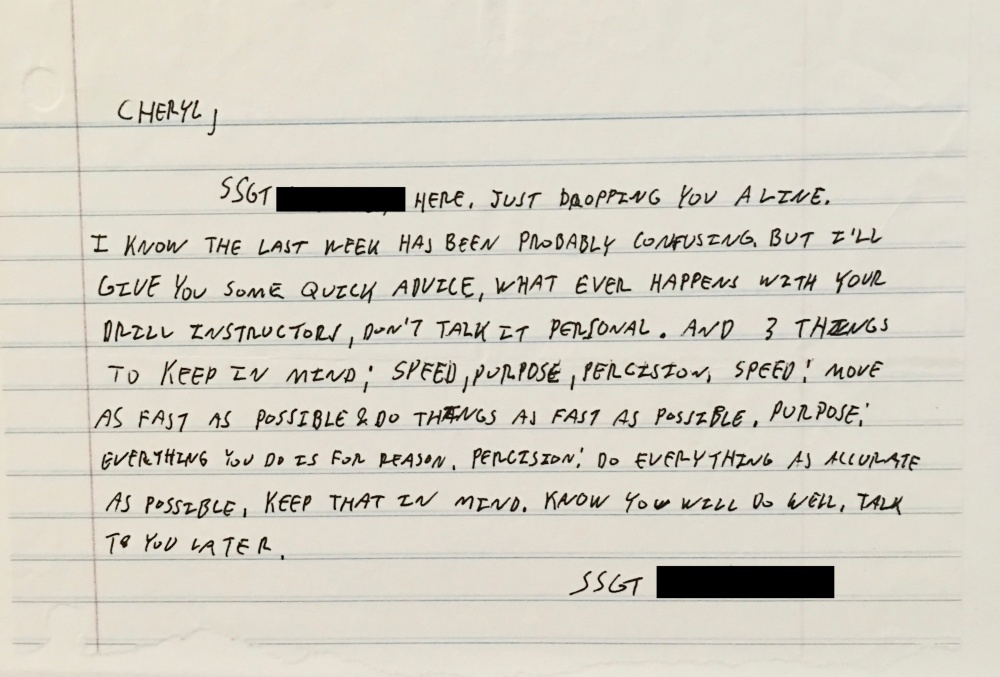 My boot camp letters are a good indicator I was not nearly as dedicated a recruit as I should have been, but no changing that reality now! As a parent now, I think my behavior was much like how a school age child feels at the end of the day. I was not fond of doing yet more training, ever.

It’s funny to see my comments about getting sealants on my teeth. Later after I separated from the Marine Corps, my first civilian dentist was surprised I had them. 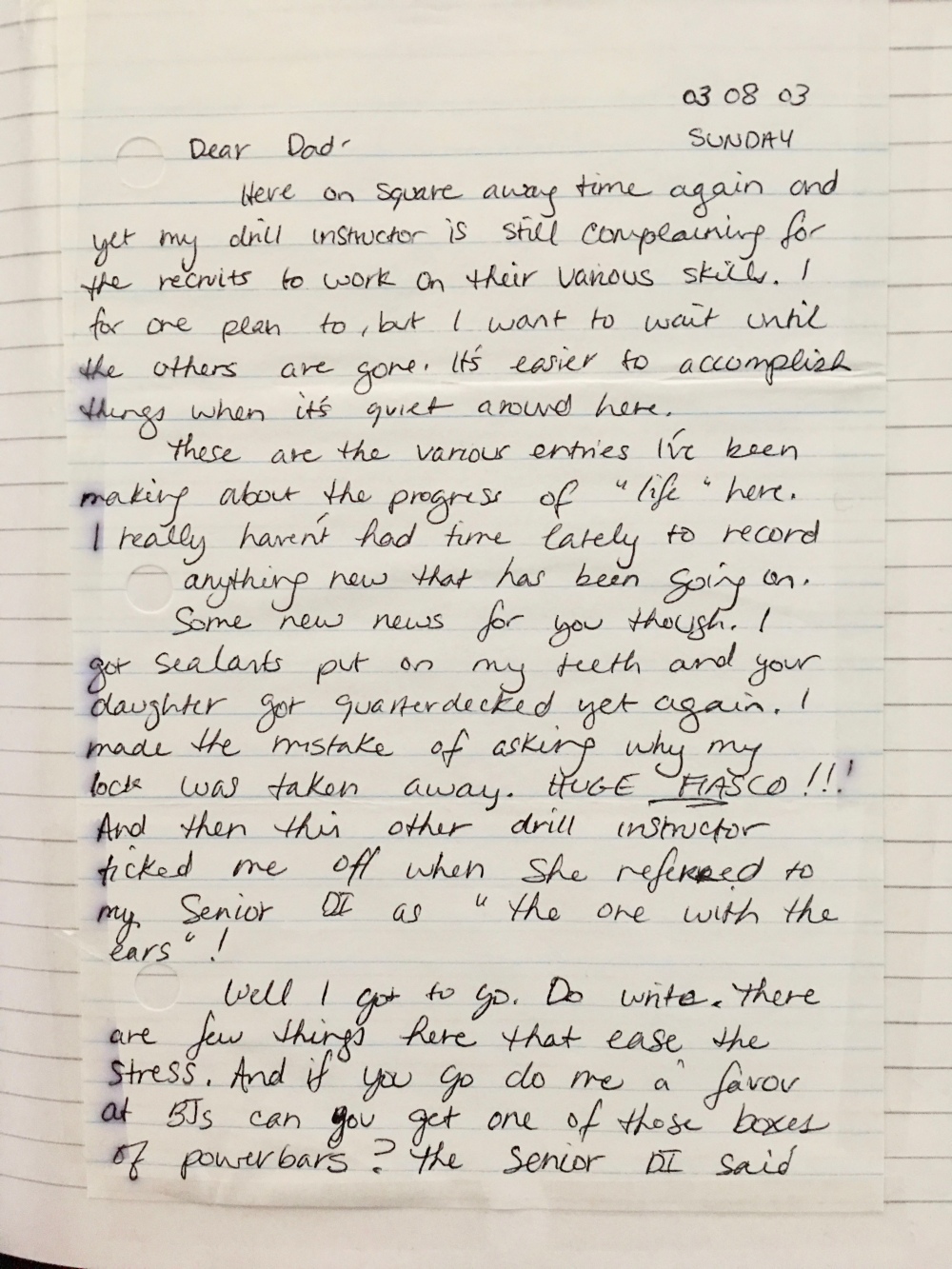 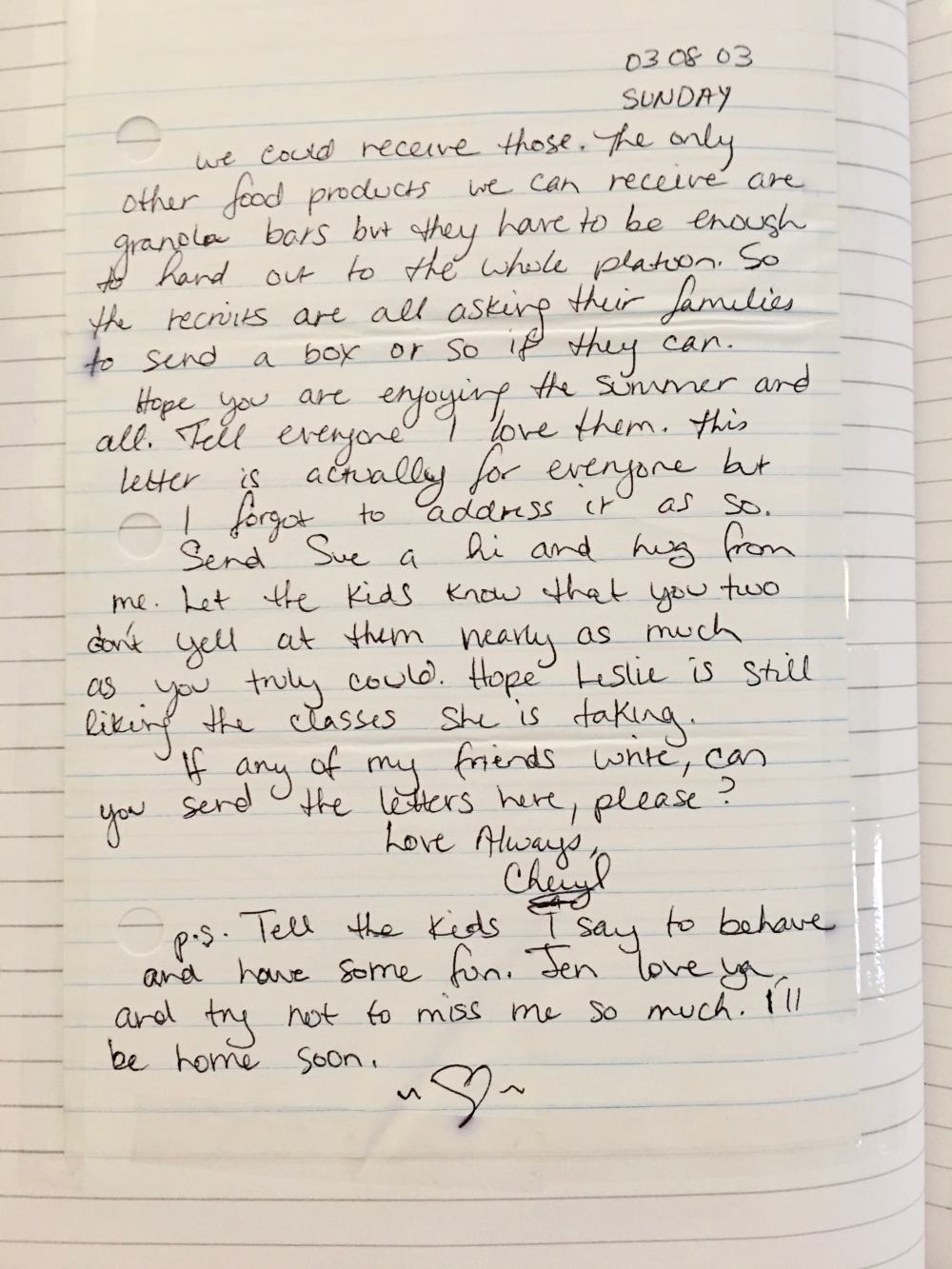 I think, with the exception of my strong running background, I was quite the average recruit. I wasn’t great at a lot of things, and like many, I had to confront a variety of fears during training. Swim week was a challenge. I was terrified to jump off the high dive and I haven’t chosen to jump off a ten foot high tower ever again. (I also was a chicken for the rappel tower later on in boot camp.)

It might sound funny but I remember a lot of every day moments more than specific training requirements. We had a storage closet and as a team were tasked–using our money–with keeping it stocked. We cleaned our floors with liquid laundry detergent. In lieu of using mops we stood on towels, scooting along the squad bay, and scrubbed the floors this way; honestly, I like this method and continue to mop my house this way since it’s easier on my back than using a mop.

At some point, someone can up with the ingenious idea to purchase Ziploc bags and stored their items in multiple bags inside their foot locker. I liked the idea and followed suit but it didn’t seem like much time passed before our drill instructors decided when we had to empty our foot lockers, we had to empty out the bags, too. So much for saving time!

Getting dressed “by the numbers” was annoying and hilarious at the same time. Trust me, it looks rather ridiculous to have sixty odd people struggling to get into their clothes. I had moments of frustration when I was ready before others and moments when I was embarrassed to be among the last to complete the task. More than anything, I felt like quite an idiot at times trying to dress quickly following our drill instructors’ orders, but at the end of the experience, it’s just a small step in our lives. We learned a lot of traditions and developed new skills, we tackled some fears (even if those fears did not not go away), and we improved our physical fitness.

Boot camp was a time away from our normal bad habits. I didn’t have regular access to snack foods and for anyone who smoked before recruit training, there was no smoke breaks. We couldn’t eat any time of day that fancied us; we had breakfast, lunch, and dinner. Our greetings were means to reinforce that we’ve eaten our meals. You don’t say good afternoon until after you’ve had lunch and good evening after eating dinner. This habit is something I stopped doing after boot camp; I just use noon at my delineating measure for starting my “Good afternoon” greeting whether in-person, over the phone, or in my emails. I am less rigid about when I start saying “Good evening” to people. I think I have a tendency to start saying it around 5-6 p.m. 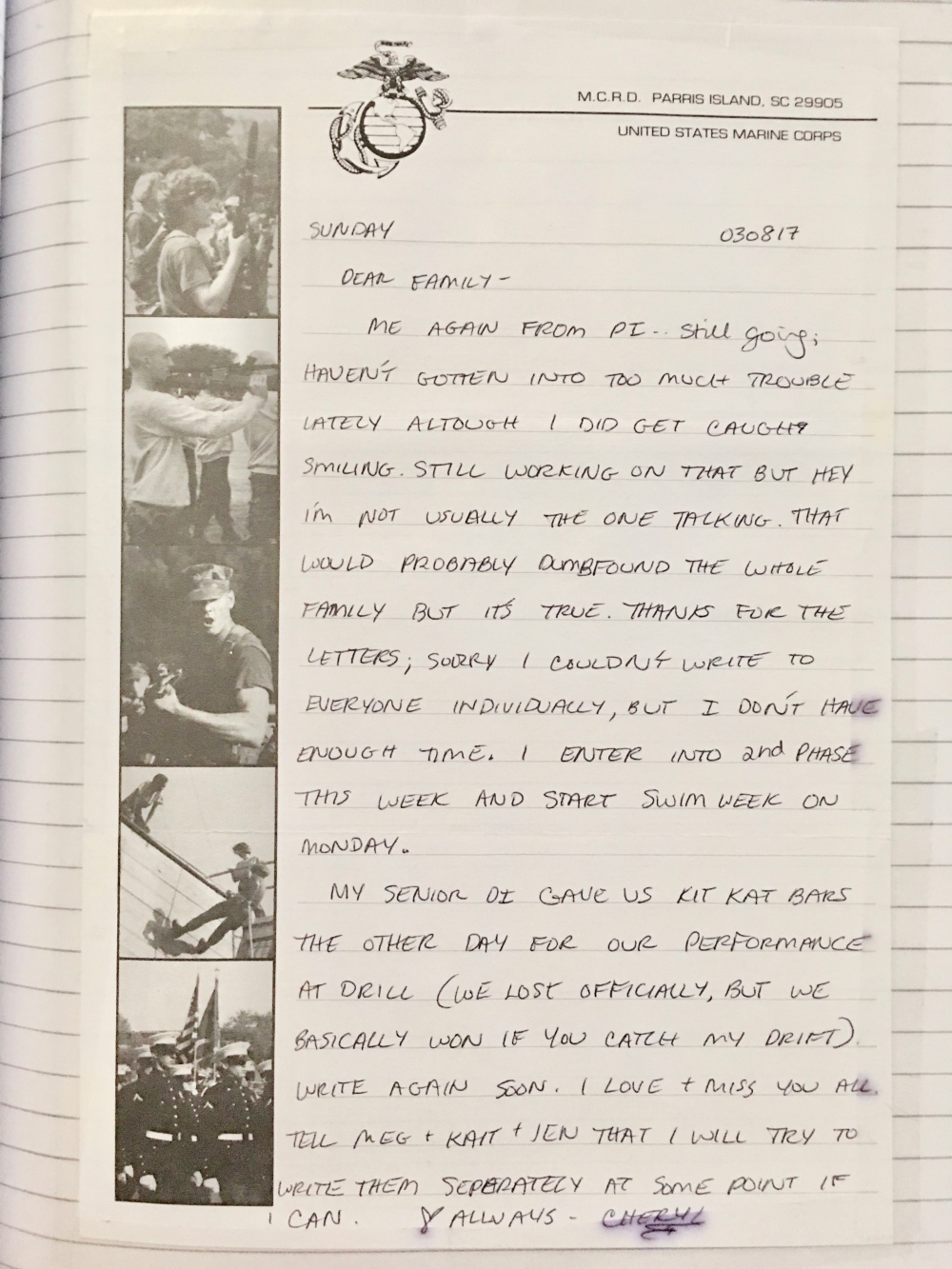 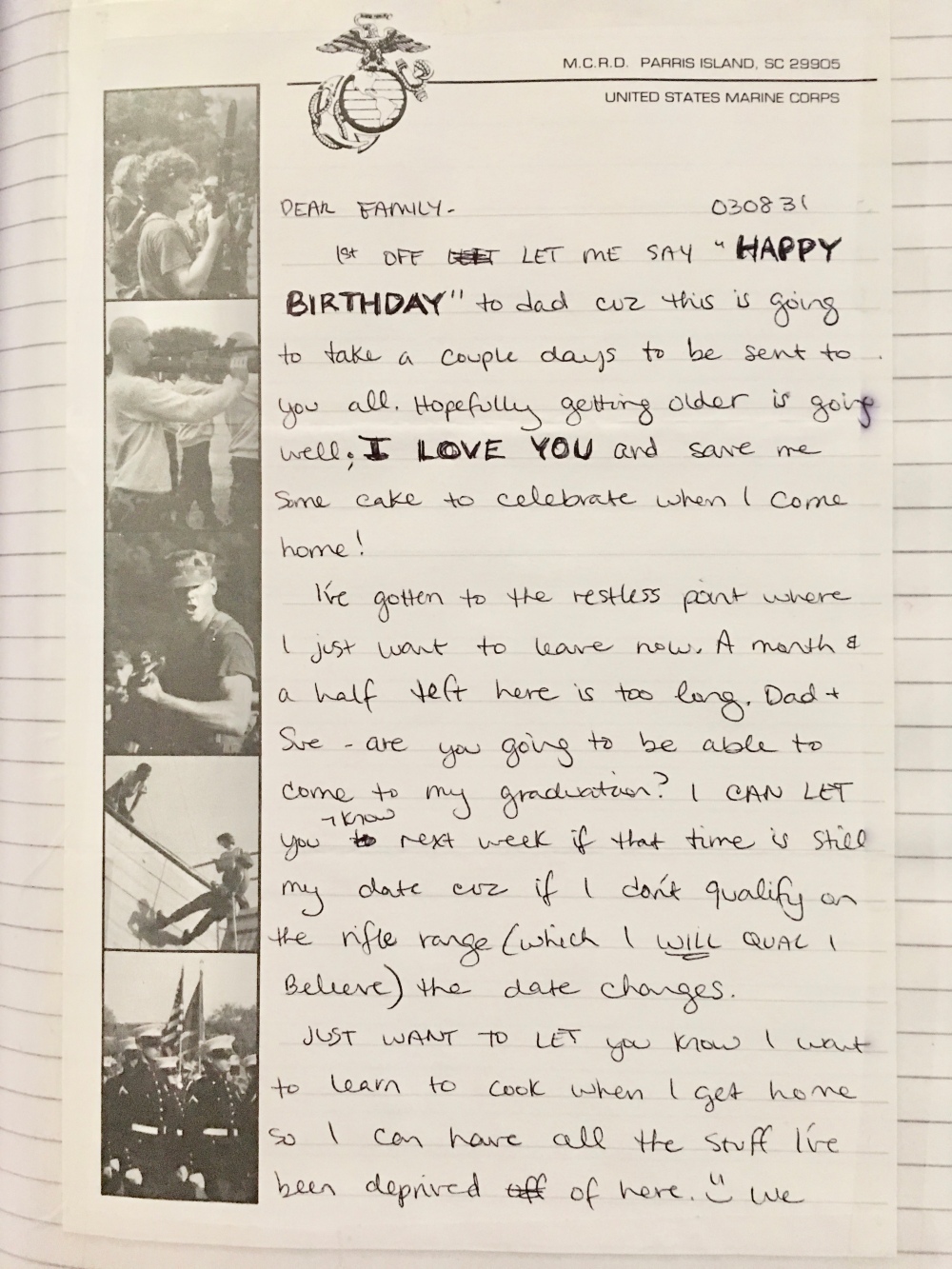 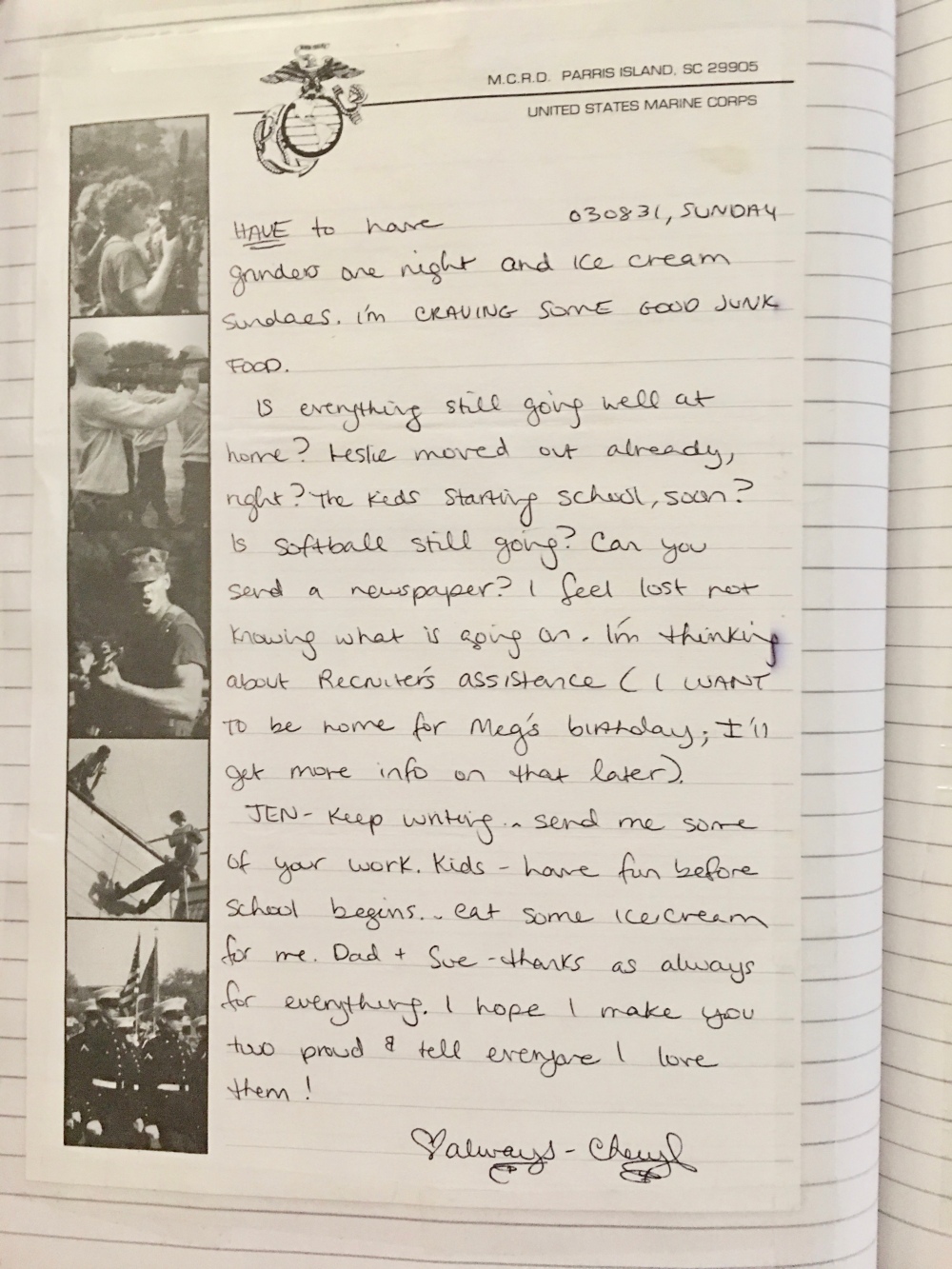 I have one more Boot Camp Letters entry for you coming up soon and then a separate entry with boot camp photographs. Stay tuned! 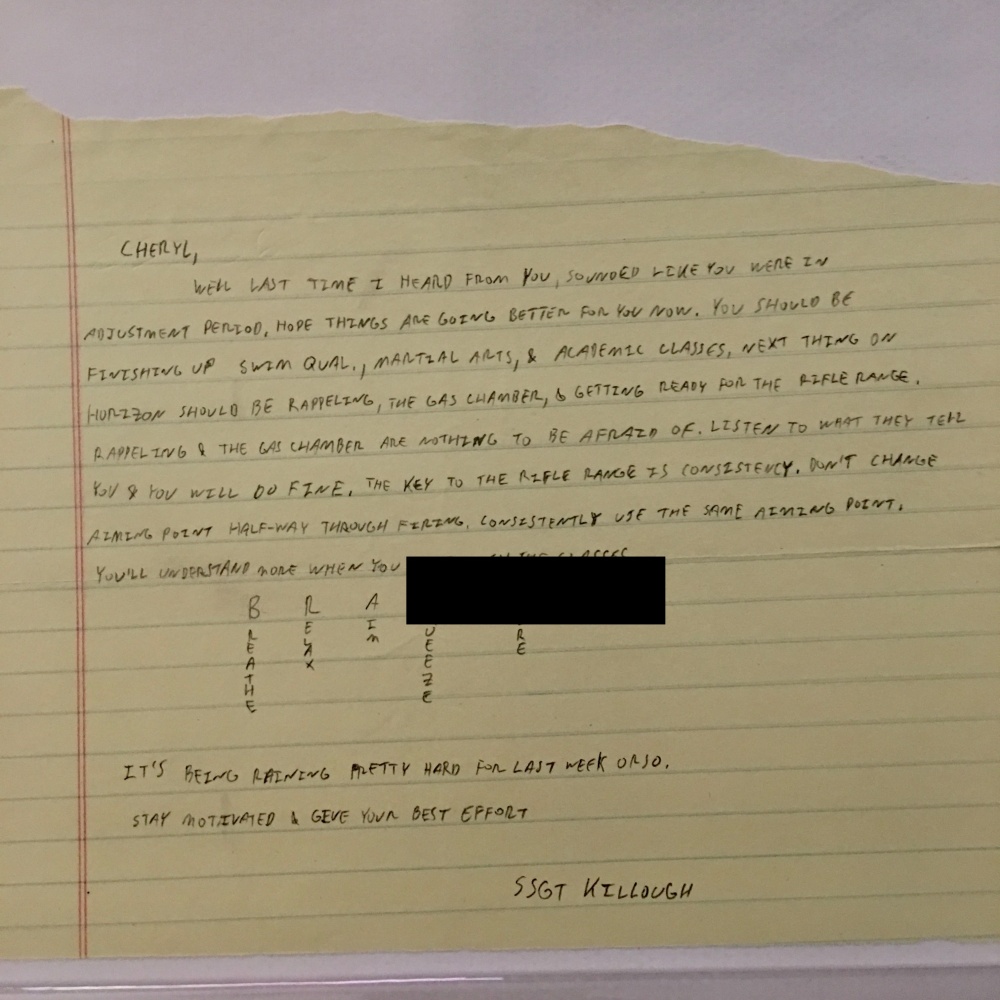