I am nearing the end of pulling together documentation for my VA claim, so here’s a bit of an update with some additional clarification on past discussions.  From my research, I learned the Al Anbar Province of Iraq is equivalent in size to the state of North Carolina.  I spent two separate seven month deployments to this region, but the deployment I speak (for you new readers) most of is the one I served under 1st Marine Division and is what I am discussing tonight.

Unpacking my military service with fellow graduate students from 2014 to 2016 was the first time I started to look more critically at my time period of service, my branch of service, changes to military policy, and how bases on deployments reinforce, create, and challenge certain societal expectations and behaviors. My first attempt of reviewing the casualty information related to my deployment was one of the most stressful things I’ve done since leaving the Marine Corps but I hope others saw the good intentions behind my actions and the knowledge I shared.  I felt it was tough to have a classroom full of peers, many without any personal connection to war and conflict, criticize an experience I lived through and my deployment was marked by trauma not well discussed by our nation’s media.

I write to you of an imperfect journey started last spring.  When I first braved the idea of sorting through the U.S. service member casualty data, I did so with the intent of educating collegiate students about modern war service in a support capacity; I also gathered information, as best as possible, about Iraq casualties through Iraq Body Count. The hardest piece of information to gather was for insurgents killed as I could not find it broken down by province by the best available data came from Stars and Stripes Insurgent ‘Body Count’ Records Released article published October 1, 2007.

After my second look (solely focused on US service members), I saw I made a mistake in my numbers, adding one extra casualty, from the time period of August 13th, 2004 to February 25th, 2005 because I misread my Excel spreadsheet.  I am embarrassed by this mistake, but with a clearer head this time, I know why the mistake was made.  I was crazy exhausted pulling together this information for my graduate applied project while also pulling 40 hour work weeks.  I could have asked someone to take a second look, but I was–and still am–personally invested in telling of my experiences a certain way.  I do not like when someone takes my words and shapes their own agenda, skewing what I said to imply something else.  I’ve seen when such oversight creates a larger misunderstanding and I do not want someone else to misrepresent my experiences.

The second look at the casualty data from Military Times Honor the Fallen  was done for personal reasons.  I needed this information to help support my claim with the VA that my anxiety-induced chest pains are service connected.  My military record is sparse as I grew tired coordinating with–and lacked trust in–military medical facility staff.  For all the great things I experienced in the Marine Corps, medical care is not one of them.  The culture of the Marine Corps,too, creates some undue pressure to avoid medical care, both to avoid the label of ‘malingerer’ and to remain deployable.

Looking back, I realize I had a choice and I didn’t use my voice to speak up when medical staff dismissed my physical symptoms as a ‘runner’s stitch’ although I was repeatedly adamant I never experienced a chest pain during physical activity.  For this look, I included the dates that matched the dates of service listed on my Navy and Marine Corps Achievement citation (posted below as a snippet).  I don’t need to go down the road with the VA on why I believe looking through my last day of service at Camp Blue Diamond is important nor do I think providing them with the Iraqi casualty information will be helpful because I cannot pinpoint which deaths are tied to my period of service overseas, same for the insurgent data.

The citation hides, in plain language, what a significant event is, and for us, it was mostly information about the killed and wounded (friendly, civilians, and enemy combatants).  This type of work was classified secret, so without access to military records, I have used the readily available information at hand from Military Times, Iraq Body Count, and the Stars and Stripes article to give you some semblance of my Operation Iraqi Freedom 2-2 deployment.  (My second Iraq deployment was OIF 5-7, for anyone who is interested in Iraq rotations.)

***I am providing more detailed information to the VA than what I am sharing with you all today.

Least Accurate Data: Not Specific to Al Anbar Province Nor by Individual Day 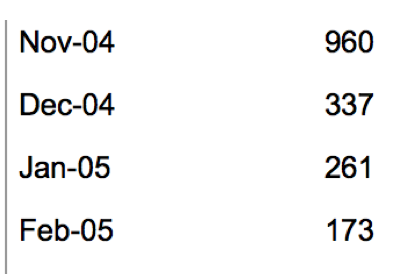 As my weekend permits, I want to also share a more intimate look at the U.S. Service member casualty information.  There is a lot to dissect about causes of death, incidents that affected multiple personnel, and operating in constantly stressful environments, but it’s best to have a separate discussion.

The journey to complete my second review, while not as stressful as the first, was still stressful.  This deployment changed my feelings a lot regarding personal safety, how I approach my work, my personal relationships, and how I viewed my place in this world.  I am better for serving, but like many others, I still have work to do coping with the aftermath of this part of my life.